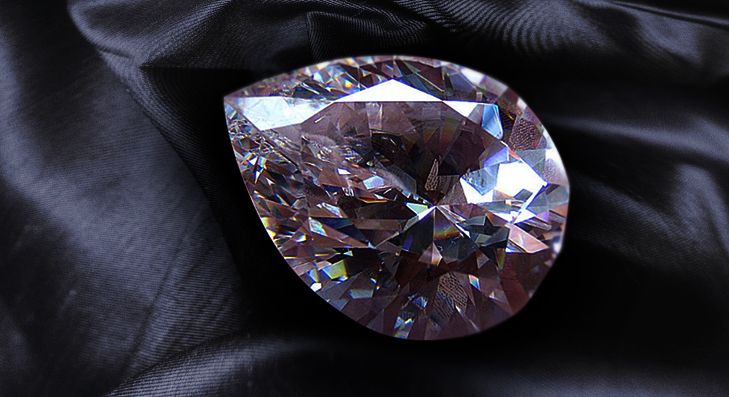 At 530.20 carats the Cullinan I, or Star of Africa diamond is the most significant cut diamond in the world. Pear-shaped, with 74 facets, it is set in the Royal sceptre (kept with the other crown jewels in the Tower of London). It was cut from the 3,106 carat Cullinan, the largest diamond crystal ever found. The Cullinan was discovered by Frederick Wells, a mine superintendent in Transvaal, South Africa in 1895 on an inspection tour of the Premier Mine. The Cullinan was cut by Joseph Asscher and Company of Amsterdam, who examined the enormous crystal for around six months before determining how to divide it. It eventually yielded nine major and 96 smaller brilliant-cut stones. When the Cullinan was first discovered, certain signs suggested that it could have been part of a much larger crystal, but no discovery of the ‘missing half’ has ever been authenticated.